A monthly treat of inspired content: Q&As with our owners and experts who share everything from investing in art to up-and-coming artists to watch, behind-the-scenes features and news, all delivered to your inbox.
Thank you! Your submission has been received!
Oops! Something went wrong while submitting the form.
Villa Rose
Cape Town
,
South Africa 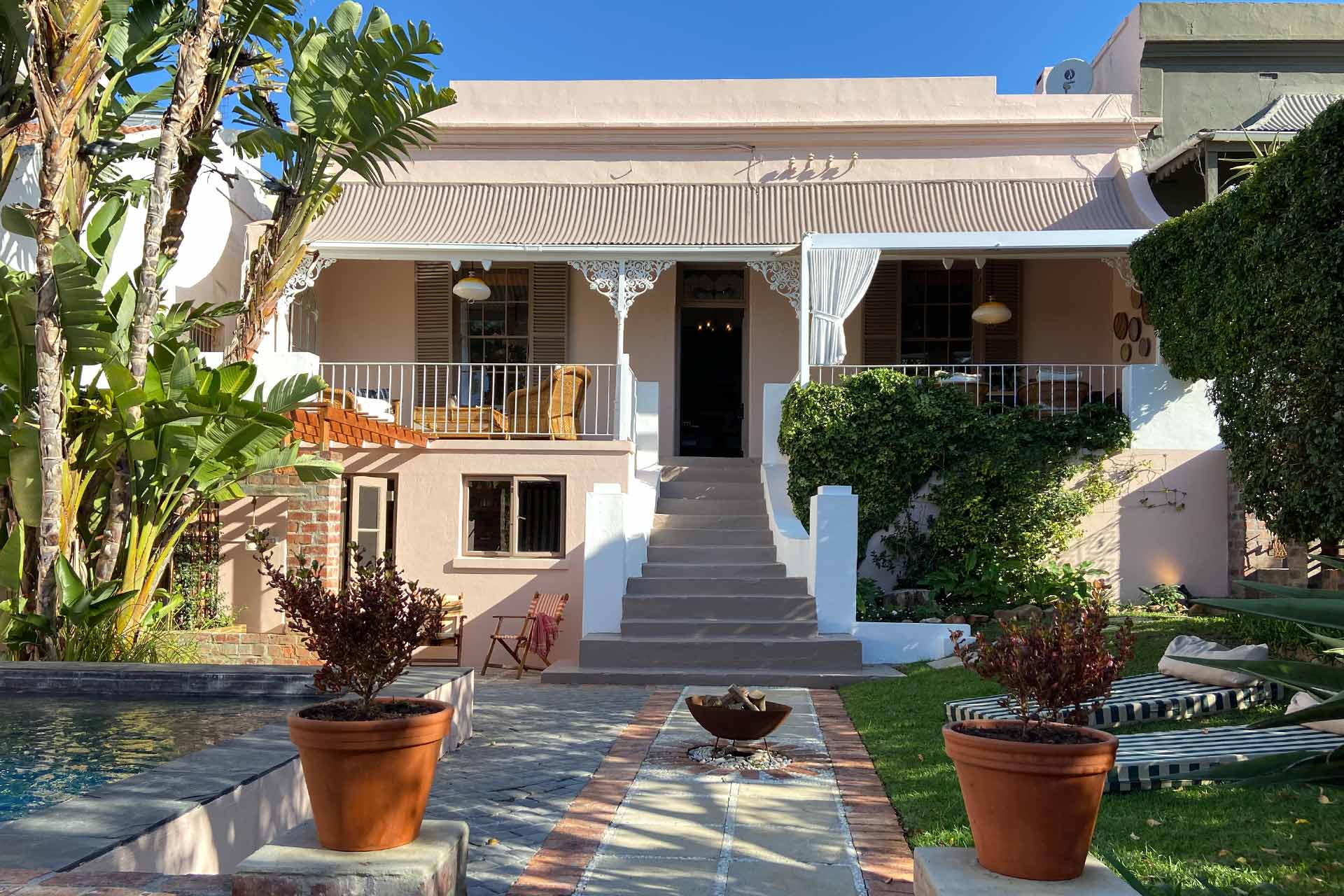 'There is a unique energy in and around Cape Town that pulled us in: we love the melting pot of cultures, the diversity of people here and proximity to nature.’
Owner
Villa Rose
Explore this stay
Enquire now
6
Guests
3
Bedrooms
1
En-suite bathrooms
1
Adjacent bathroom
Rates from
7 000
ZAR
per night*
Click here to enquire about rates for this stay
*Please enquire below for local resident rates

Tucked away at foot of a private lane in the heart of Cape Town, Villa Rose is a charming turn-of-the-century cottage with a wonderfully private garden complete with a pizza oven, outdoor kitchen area, plunge pool and even an outdoor shower under the strelitzia palms. You would never guess that it’s just off vibey Kloof Street, with some of the city’s best restaurants and boutiques within walking distance, giving guests the opportunity to truly ‘live like a local’.

And as Capetonians will tell you, when the sun goes down, bbq’s are lit and everyone spills outdoors with friends: if you’re not at the beach, your garden is your sanctuary. Likewise, at Villa Rose the chaise is the perfect spot to sip a glass of the Cape’s best as the pizza oven fires up and the slopes of Devil’s Peak slowly turn pink. And later, the traditional ‘stoep’ is a favourite dining space with its elevated view across to Signal Hill or over the garden to the twinkling lights of the city’s harbour.

It’s not surprising that Villa Rose’s Swedish/French owners were so captivated on their first visit to Cape Town that they decided to stay and renovate this gem. ‘Both of us had fallen in love with the city and met just three weeks after arriving here. Five weeks later we found Villa Rose. It was a time of our lives that we will never forget! It happened so fast. One day we went out to look at properties for fun and we found Villa Rose. It just ticked all our boxes, so it was an easy decision to move here from Paris and Stockholm. There is a unique energy in and around Cape Town that pulled us in: we love the melting pot of cultures, the diversity of people here and proximity to nature.’

Villa Rose originally belonged to a Cape Town gallerist, who inspired the couple to buy more art. Initially they chose a few pieces that were already in the house and have since bought small works from Paris and Stockholm to mix with South African contemporary artists. The paintings in the newly renovated kitchen were inherited from family, but the couple also had fun on weekends exploring markets and galleries to add to their collection. ‘We buy paintings we love,’ they say, adding that the Batiss was from Ashbeys, and the St John Fuller, Obie Oberholzer and Tomos were bought from the original owners. Other works were from Russel Kaplan in Joburg. ‘On the weekends, we often went to more obscure galleries and markets outside Cape Town.’ Most of the smaller console tables are from BoMo, their new online furniture range. In a few month’s time, a roof deck will be added - so anyone booking ahead will enjoy a 360-degree view of this beautiful cosmopolitan city… 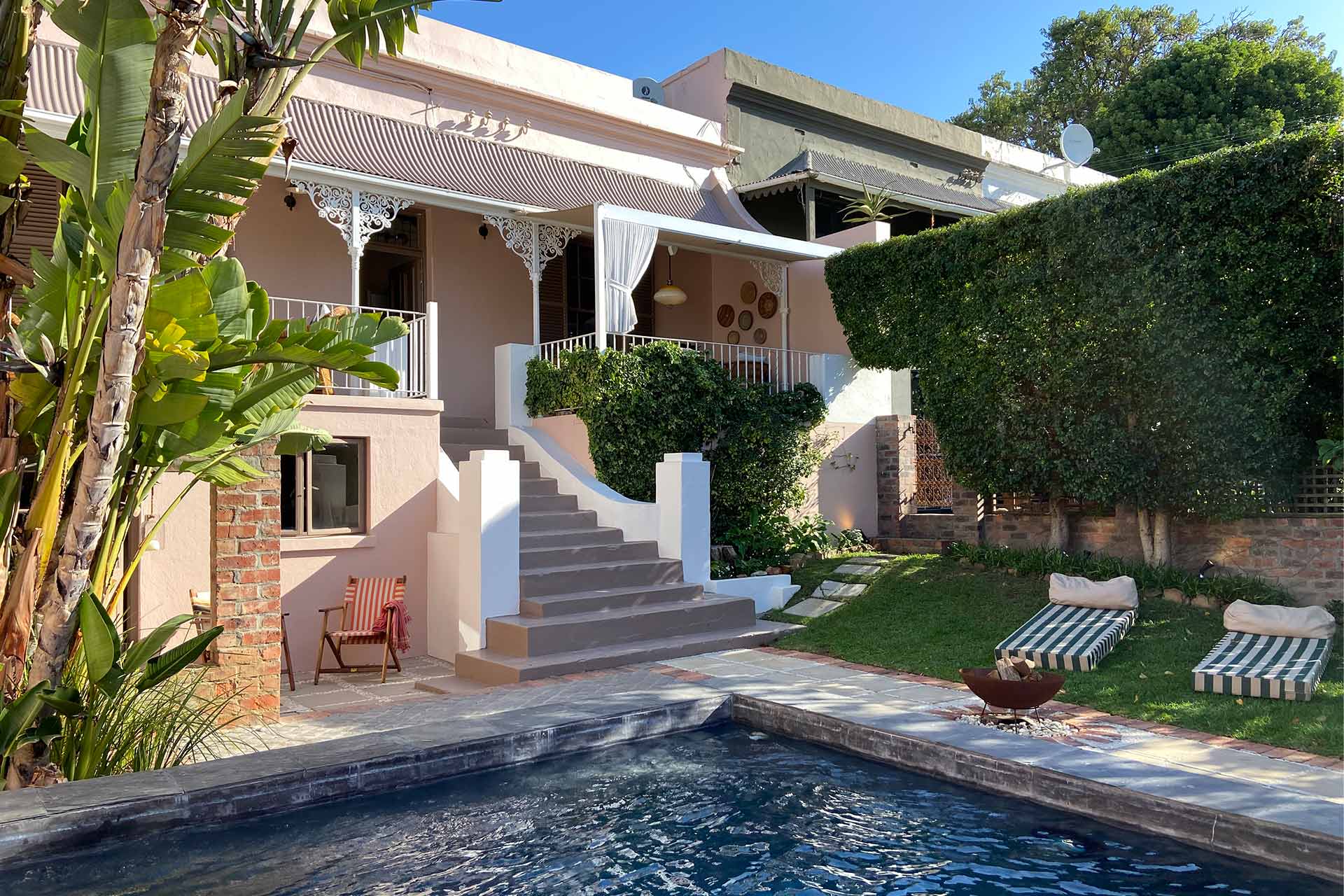 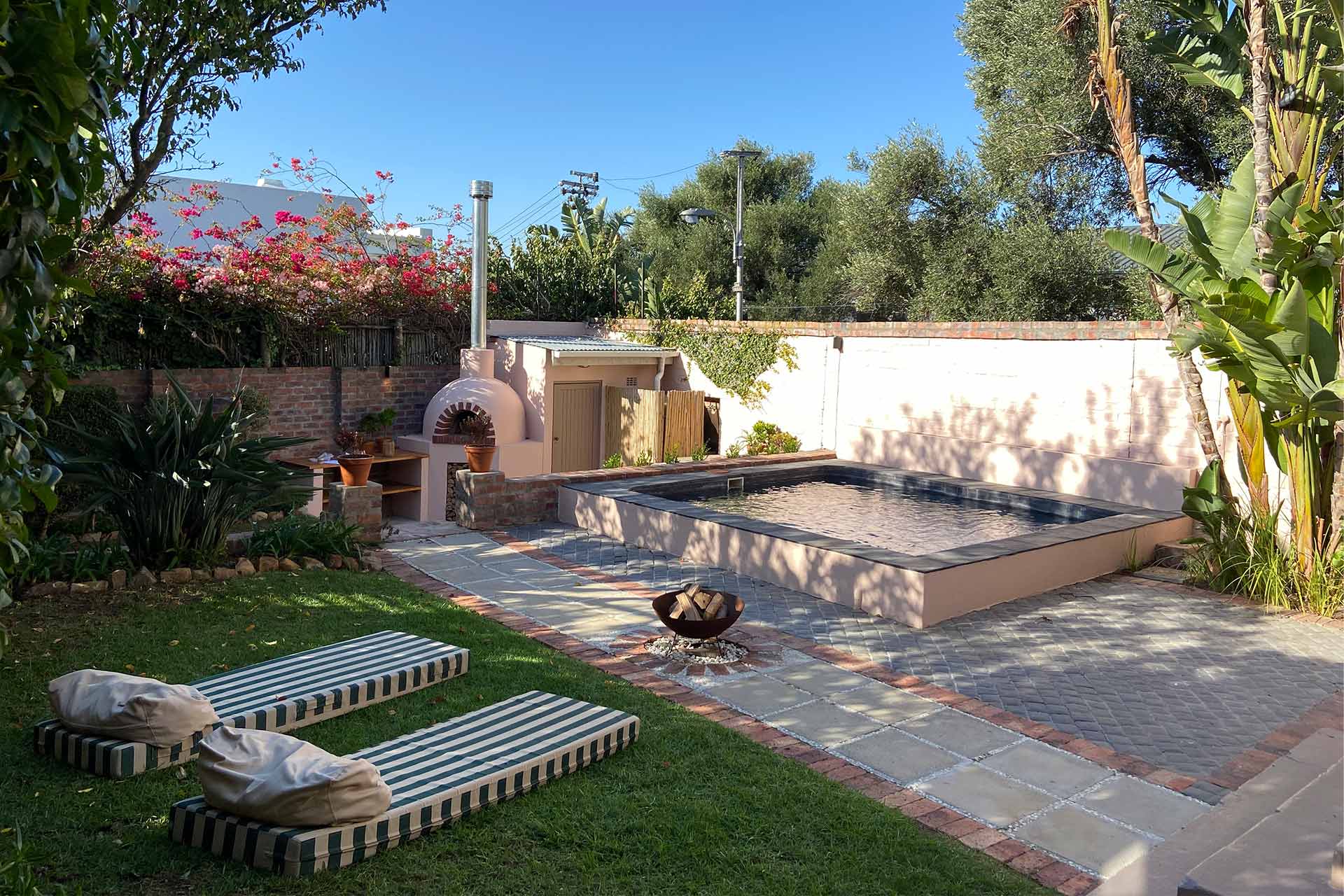 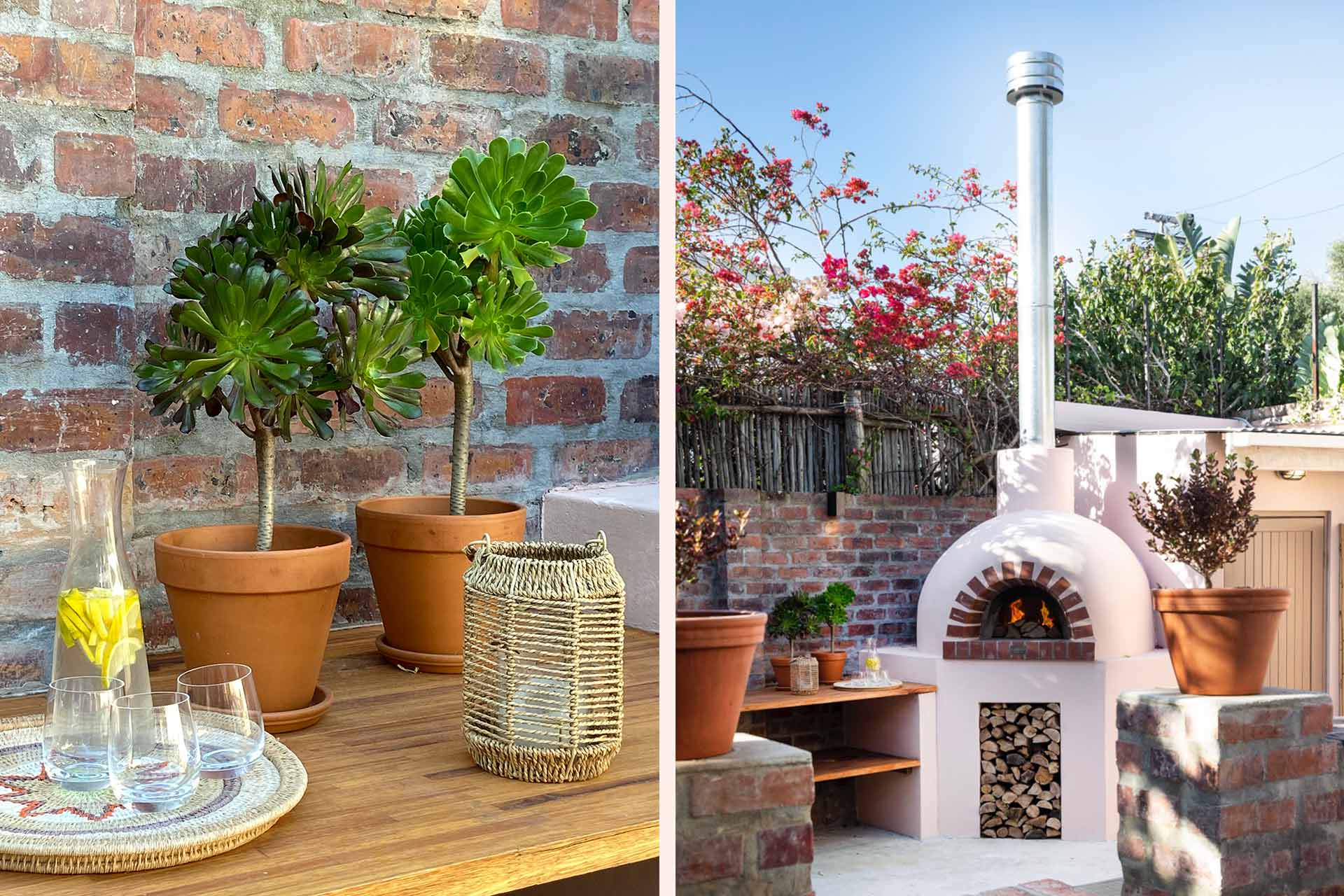 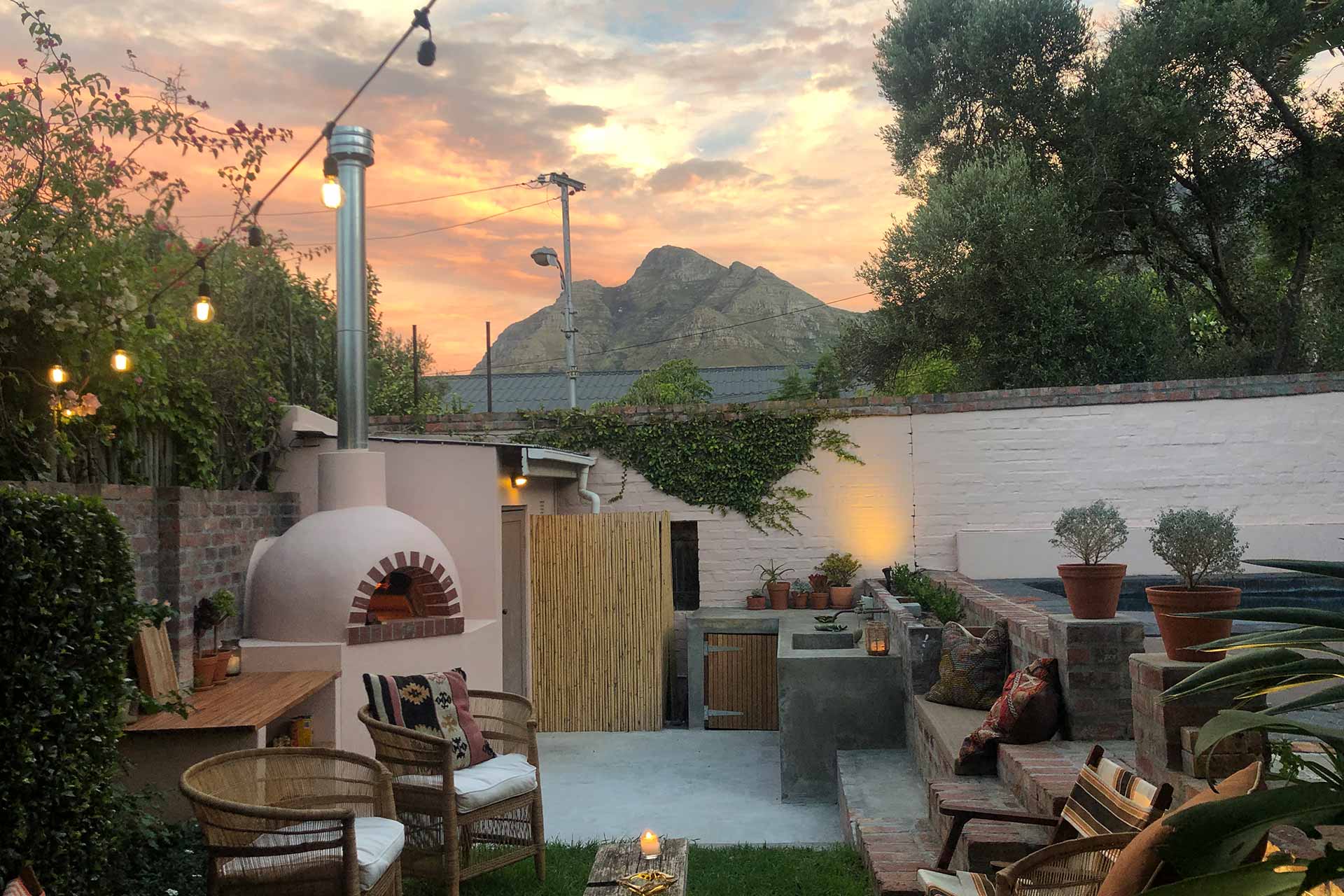 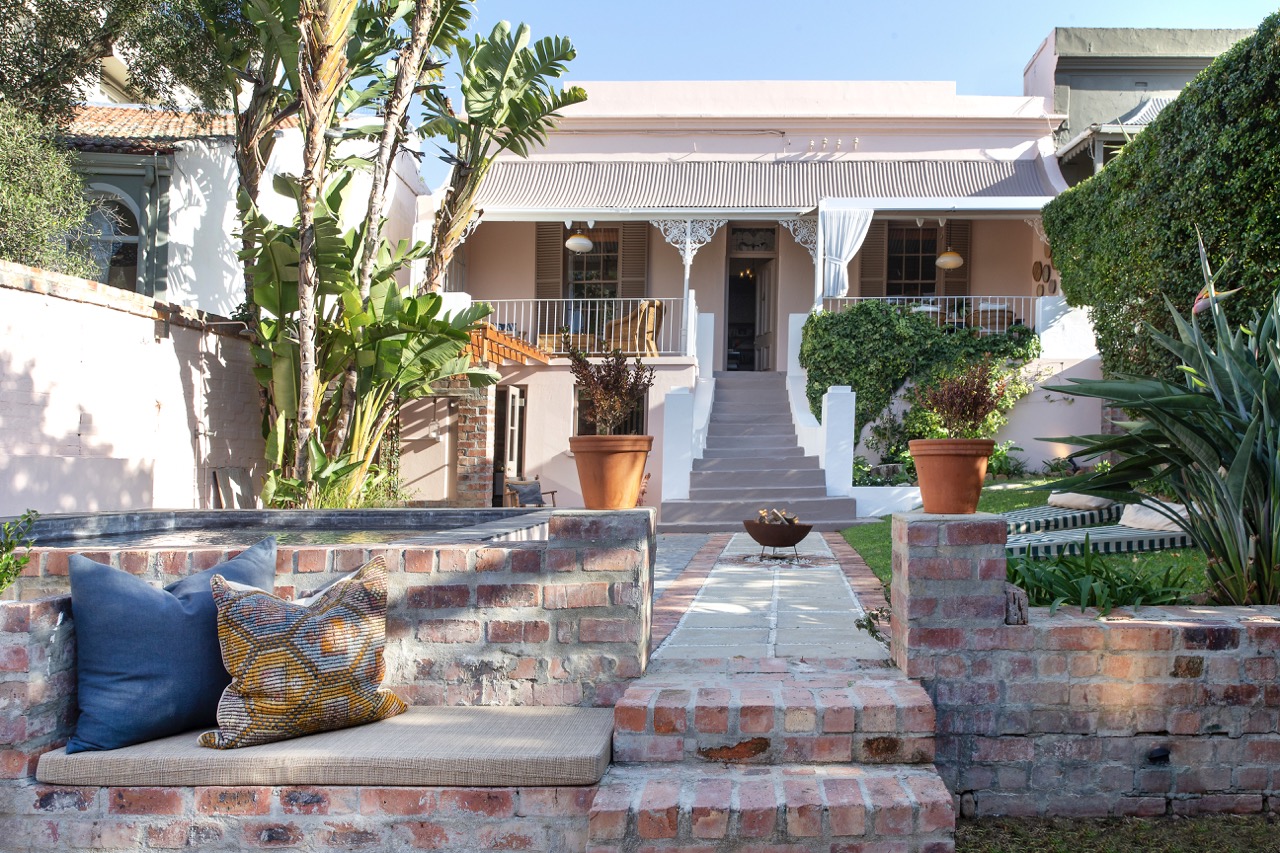 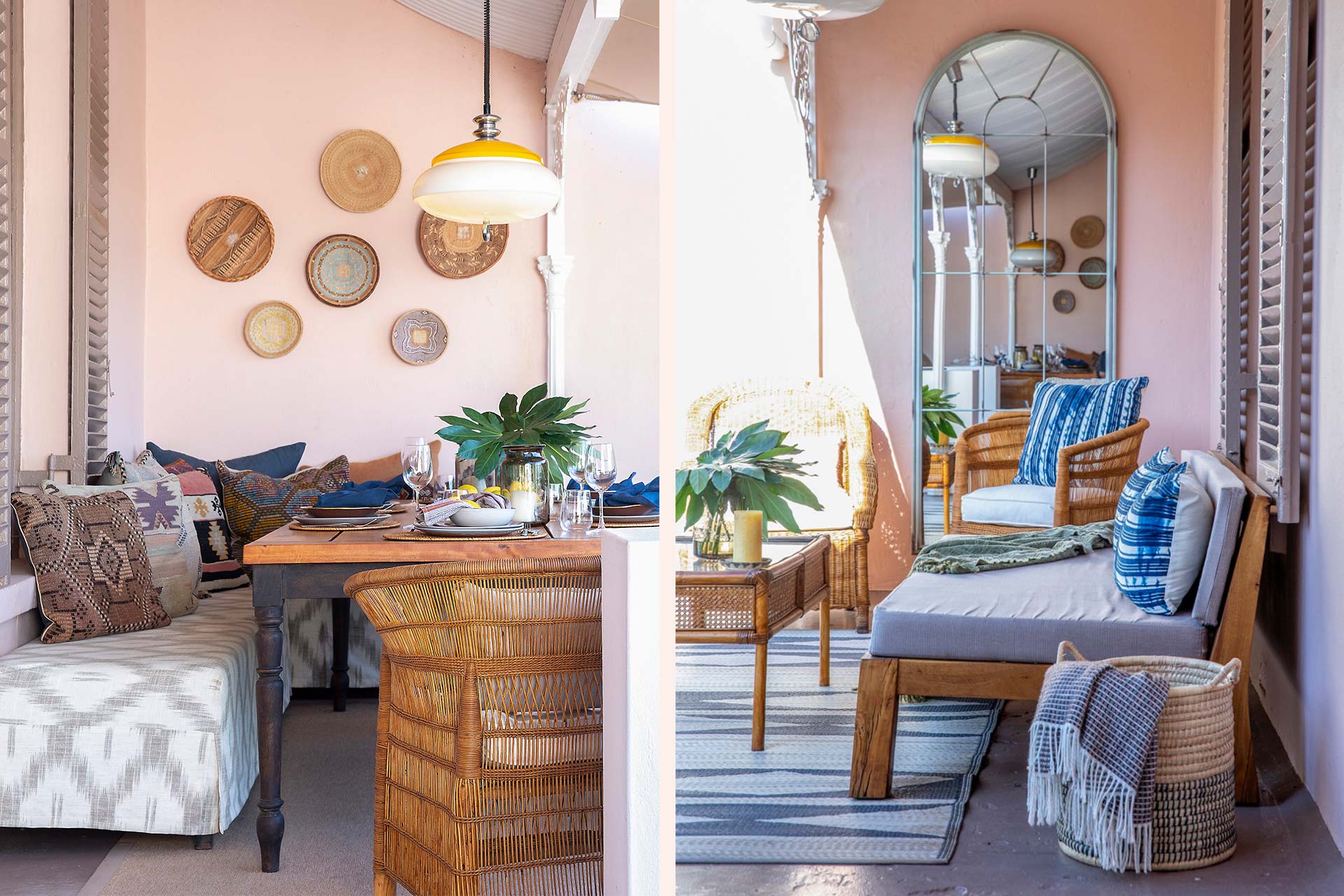 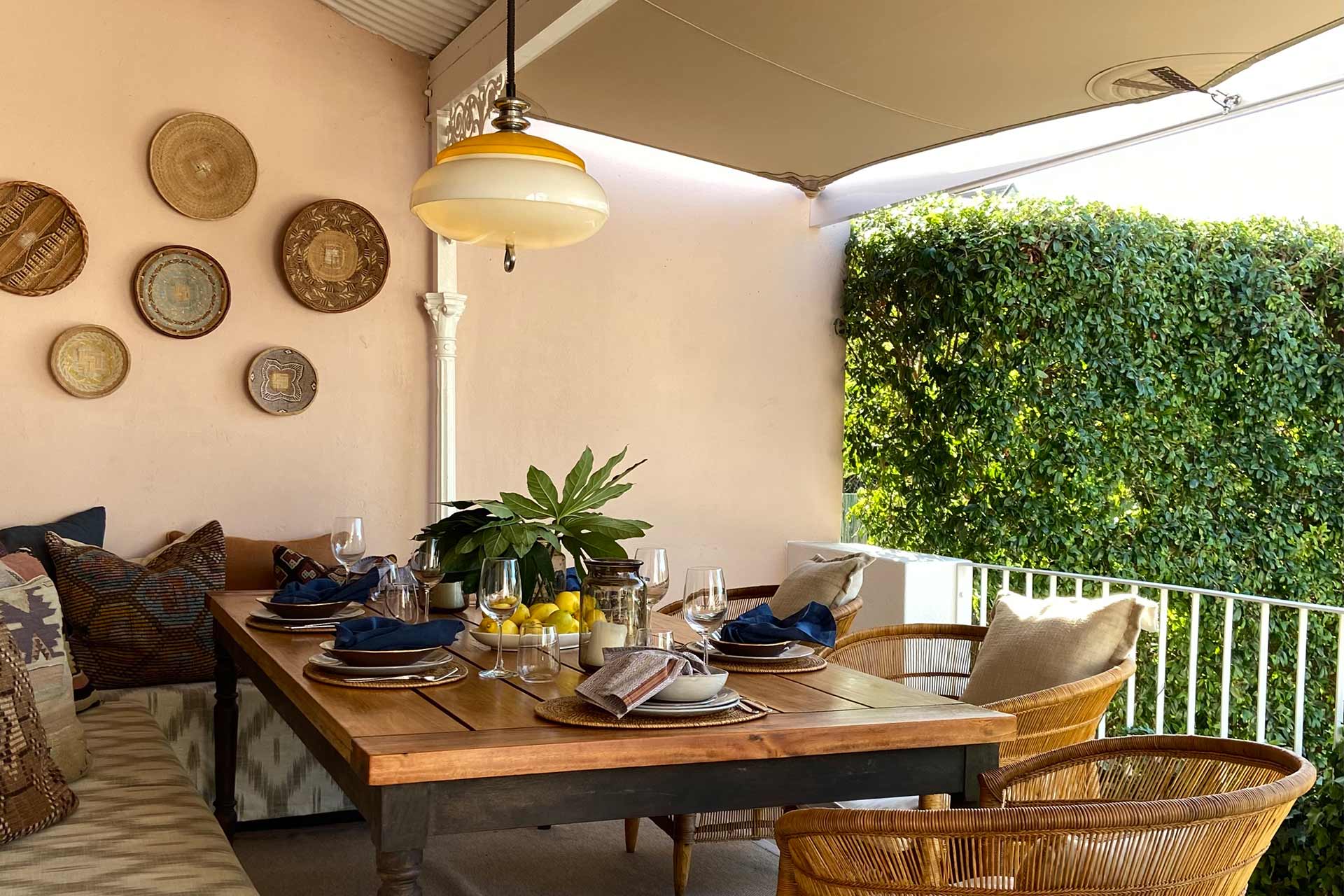 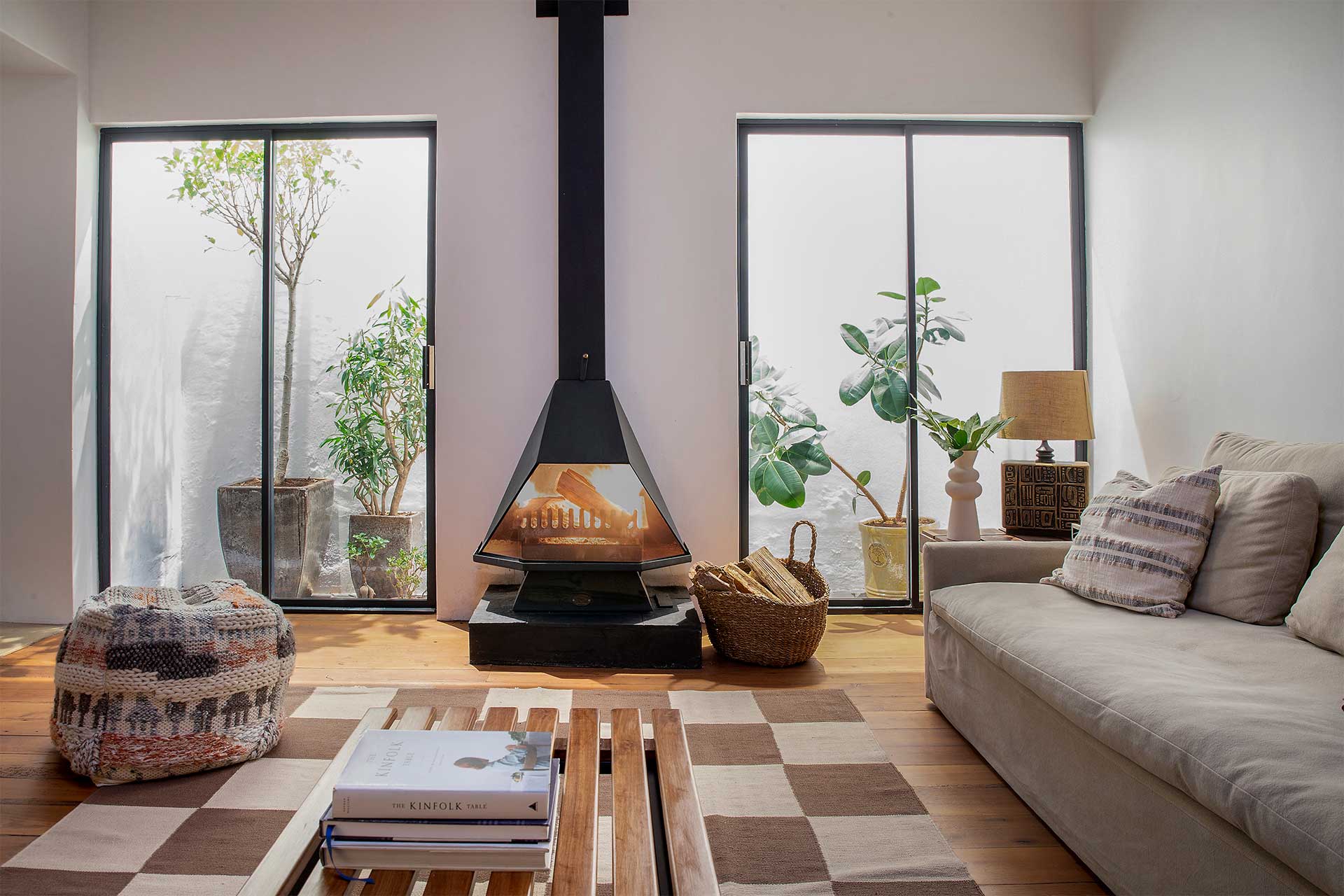 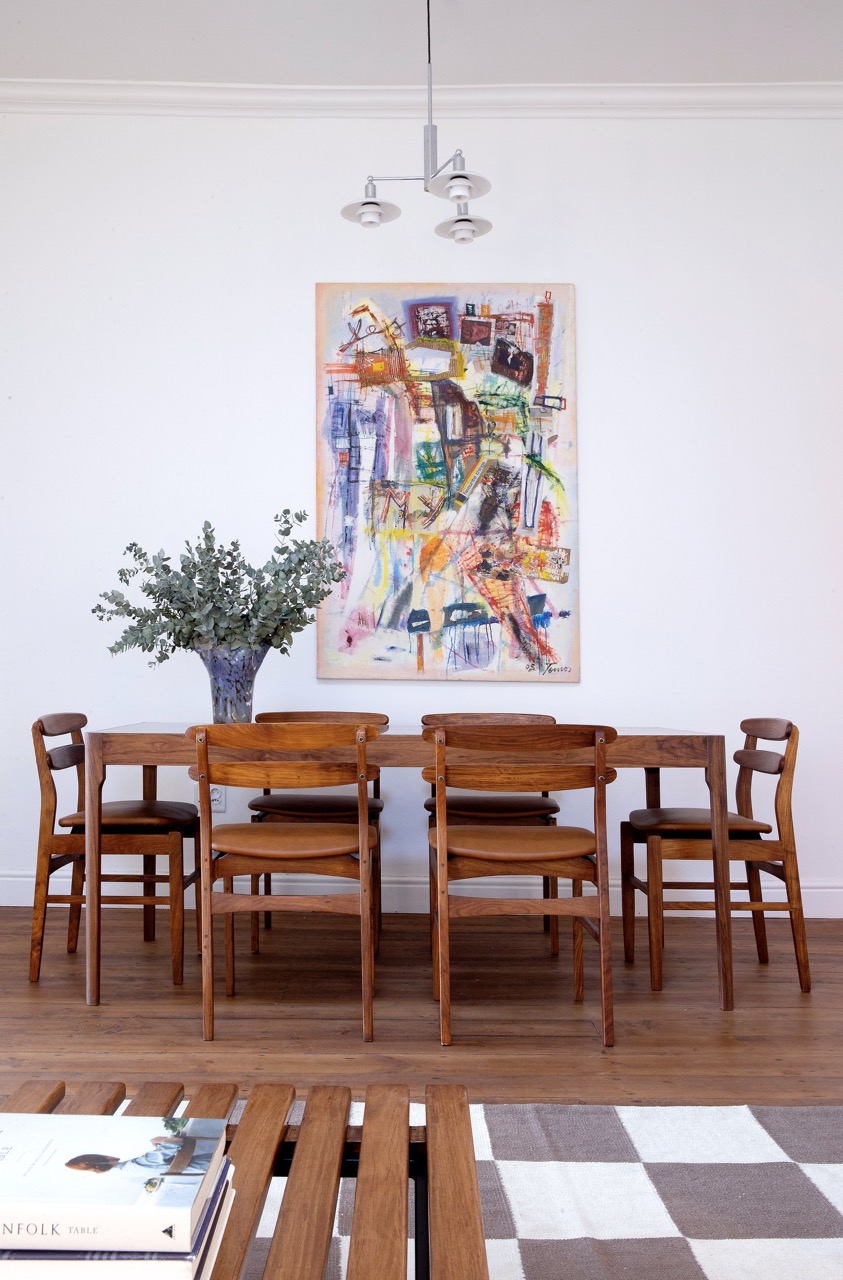 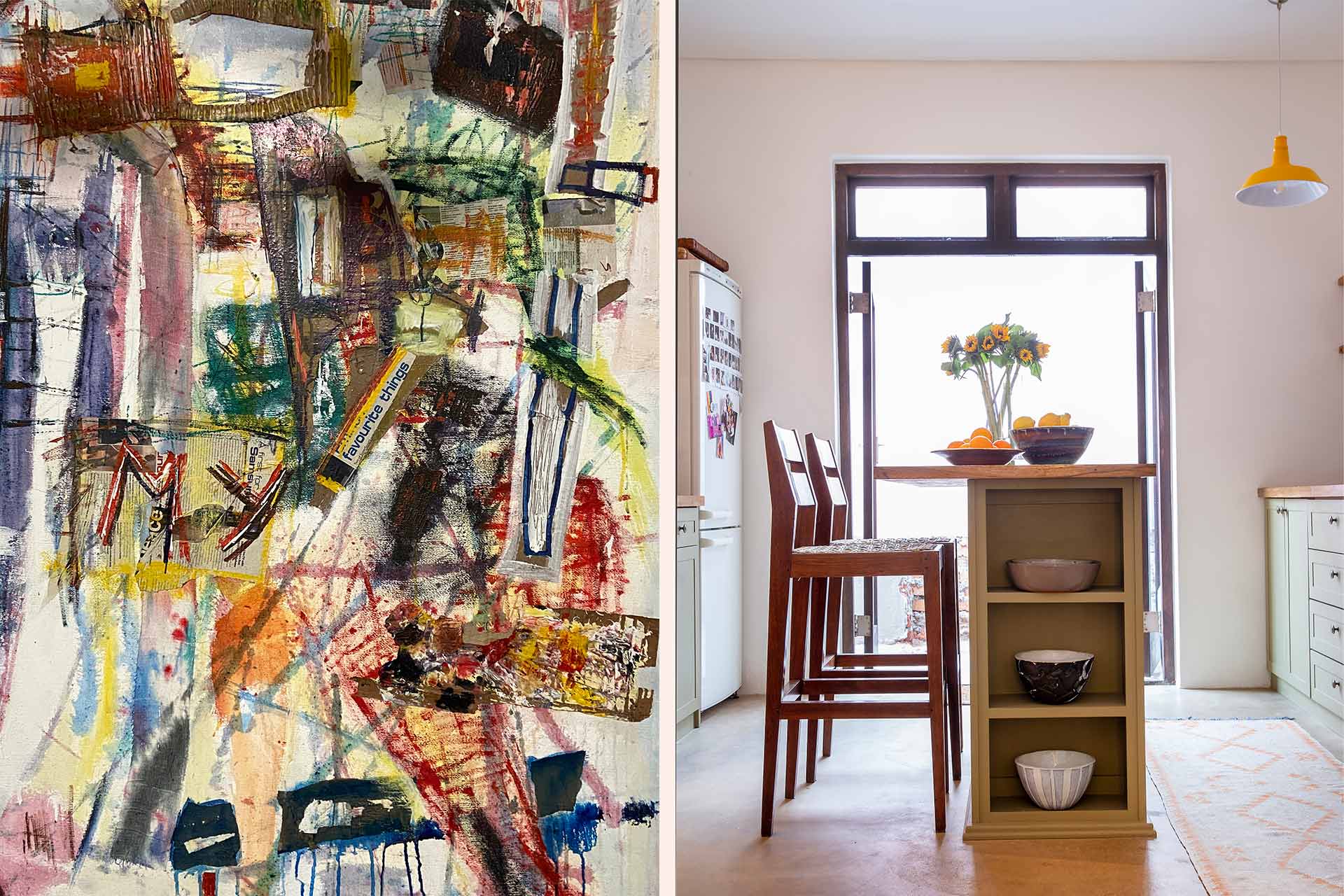 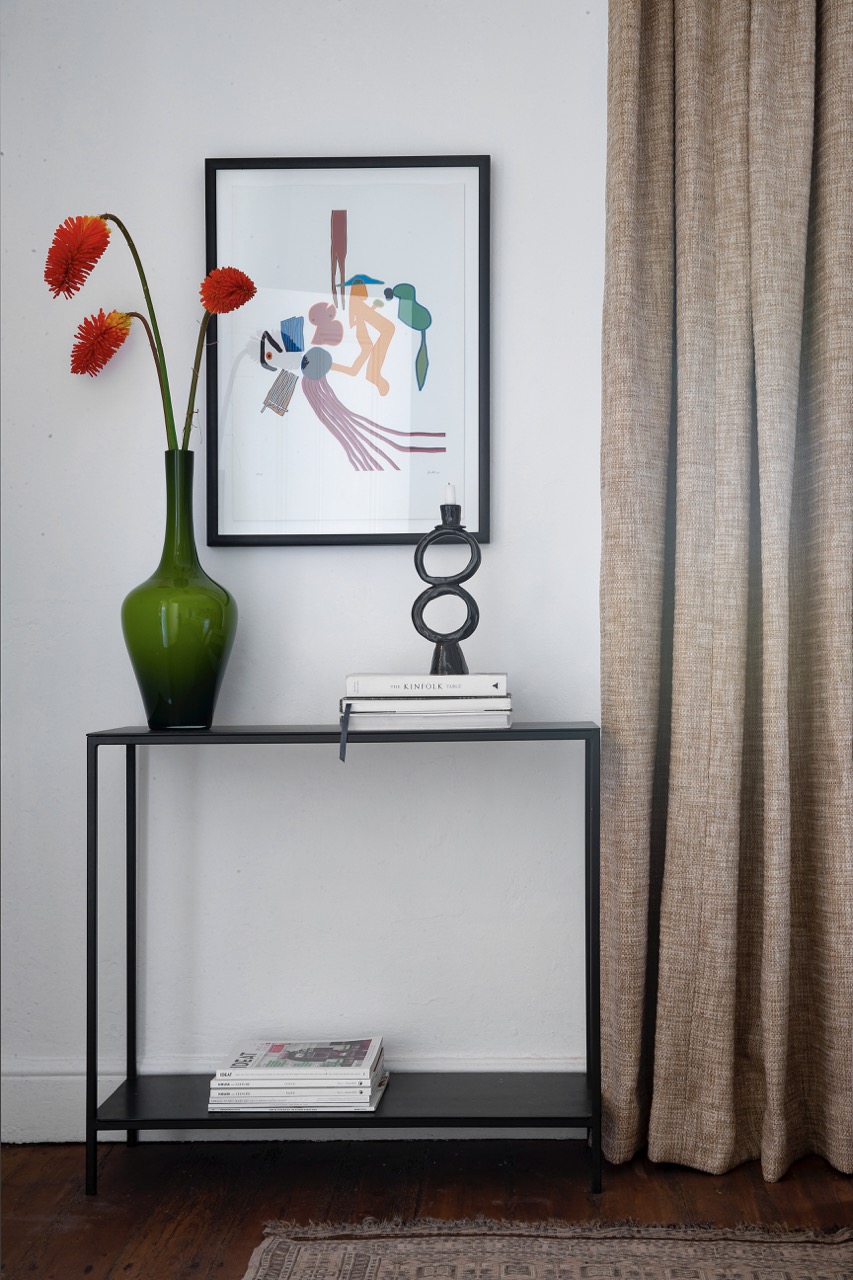 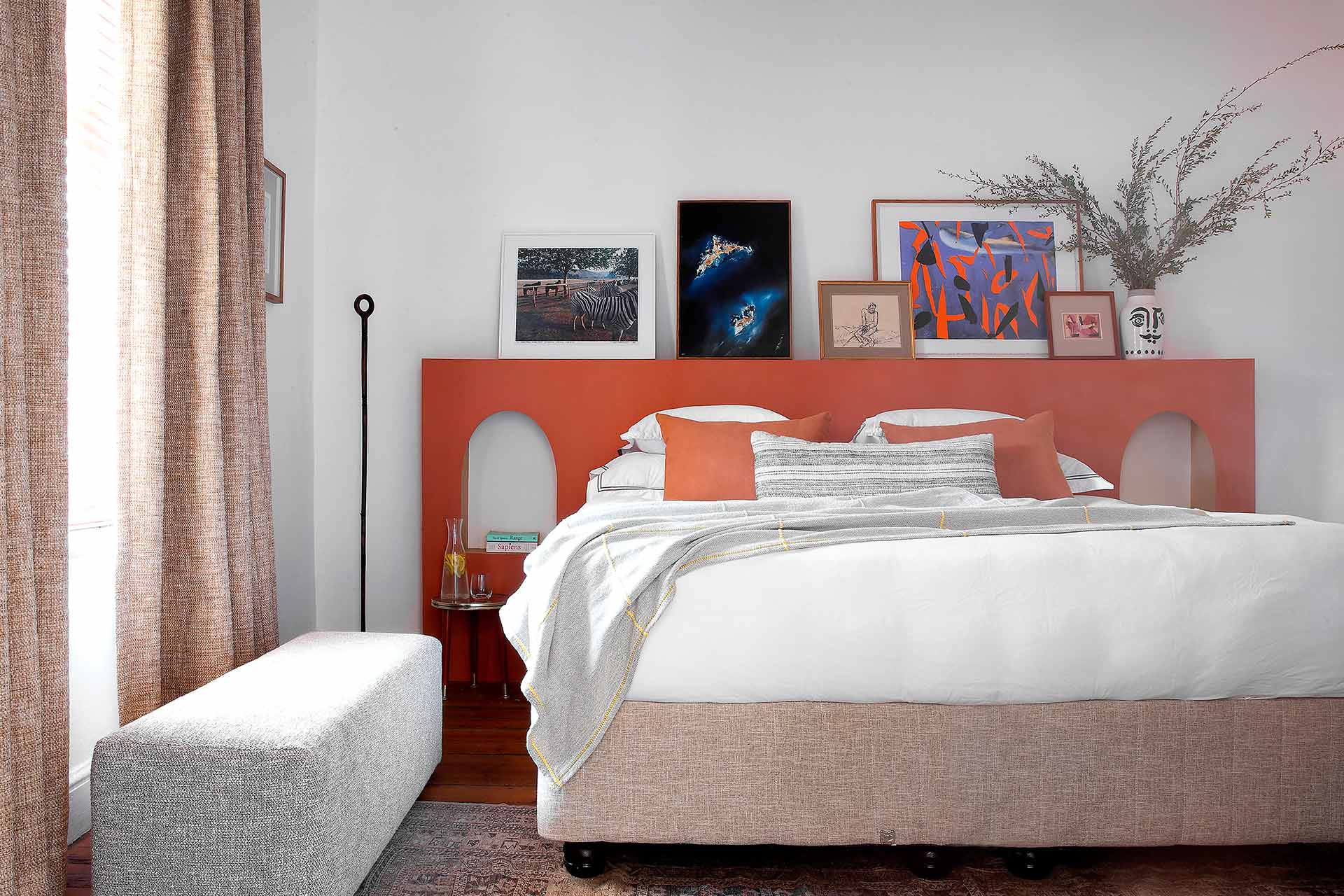 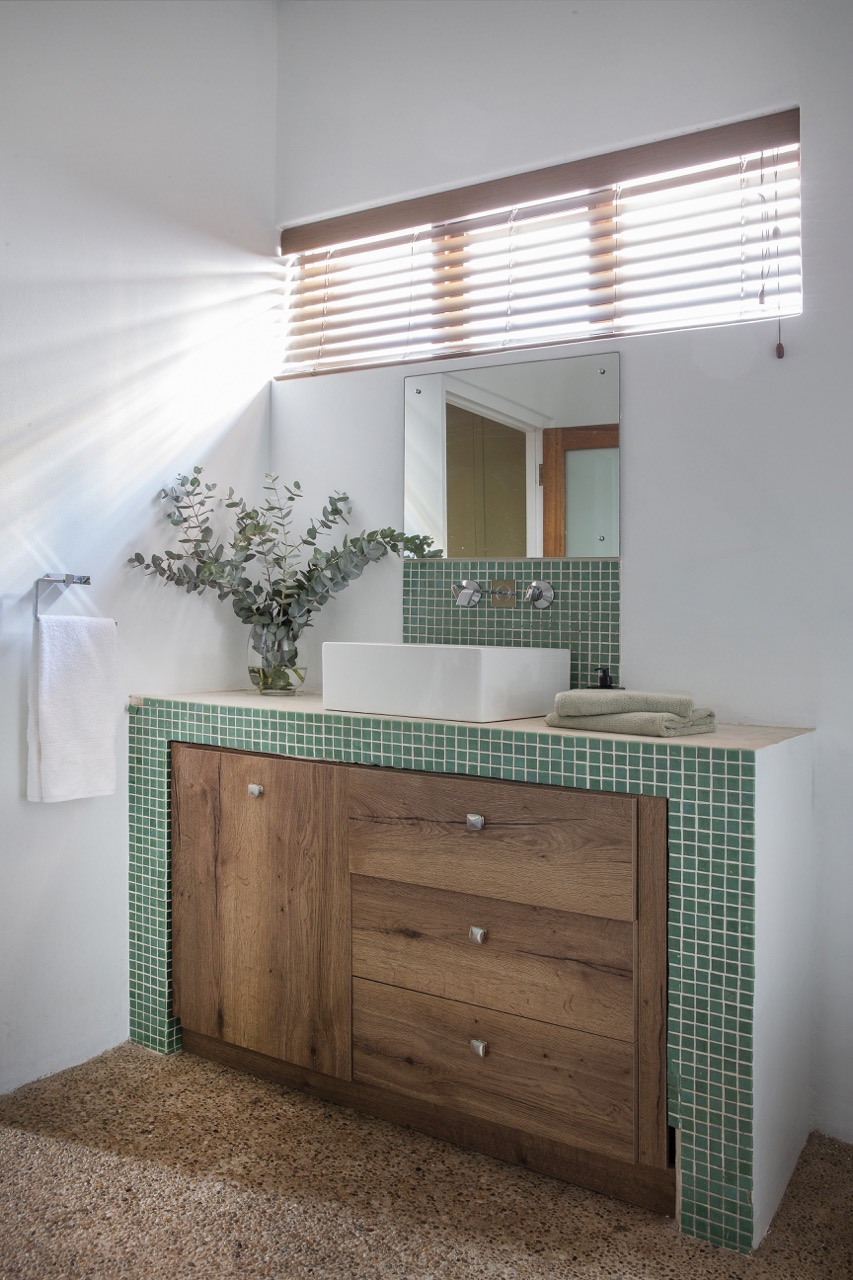 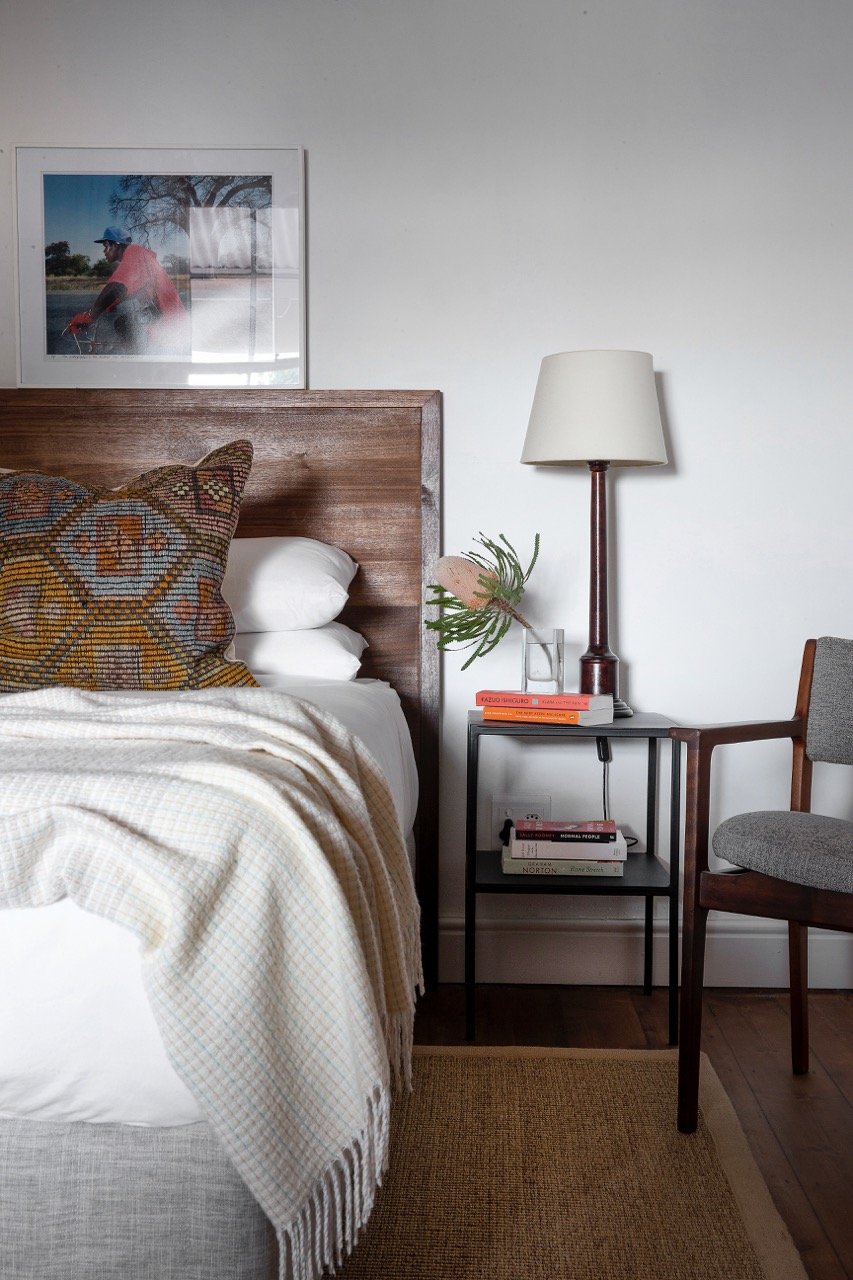 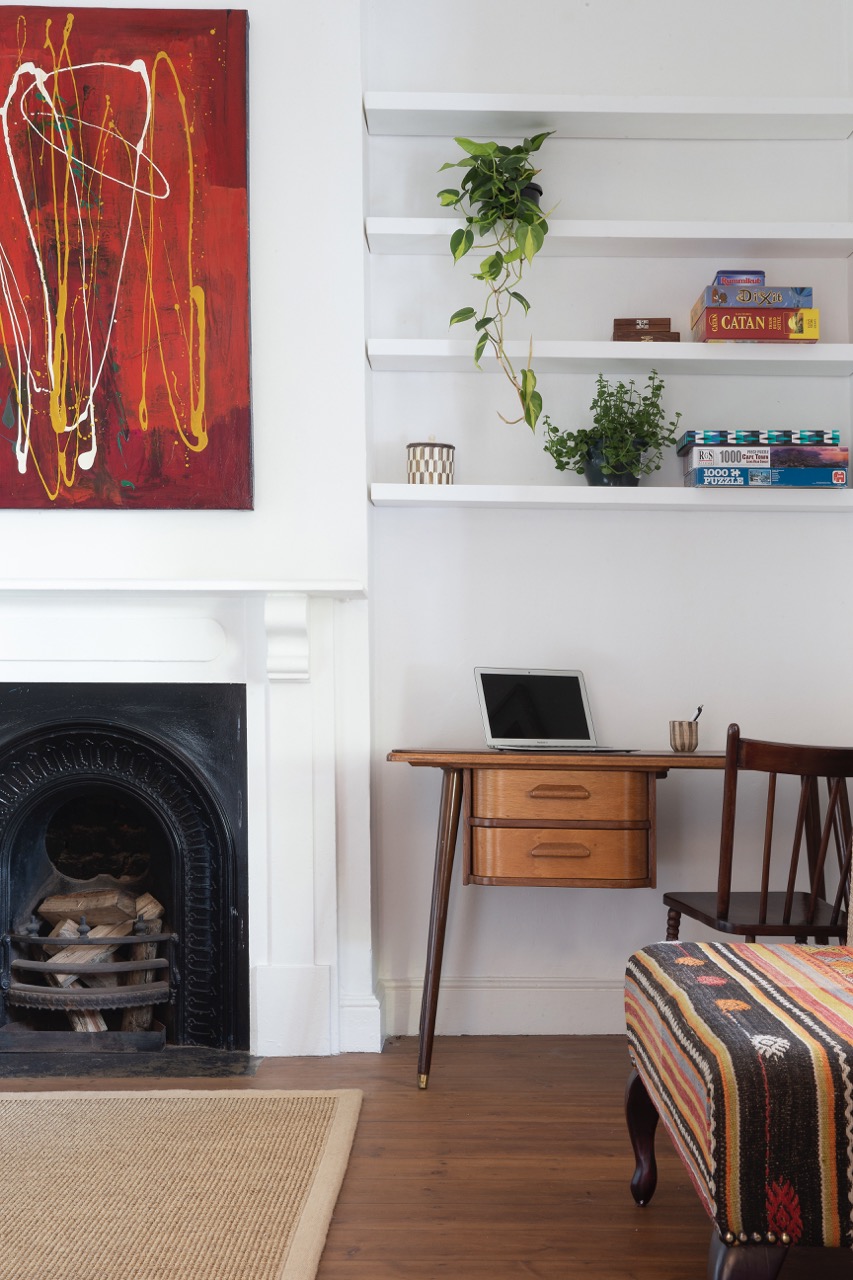 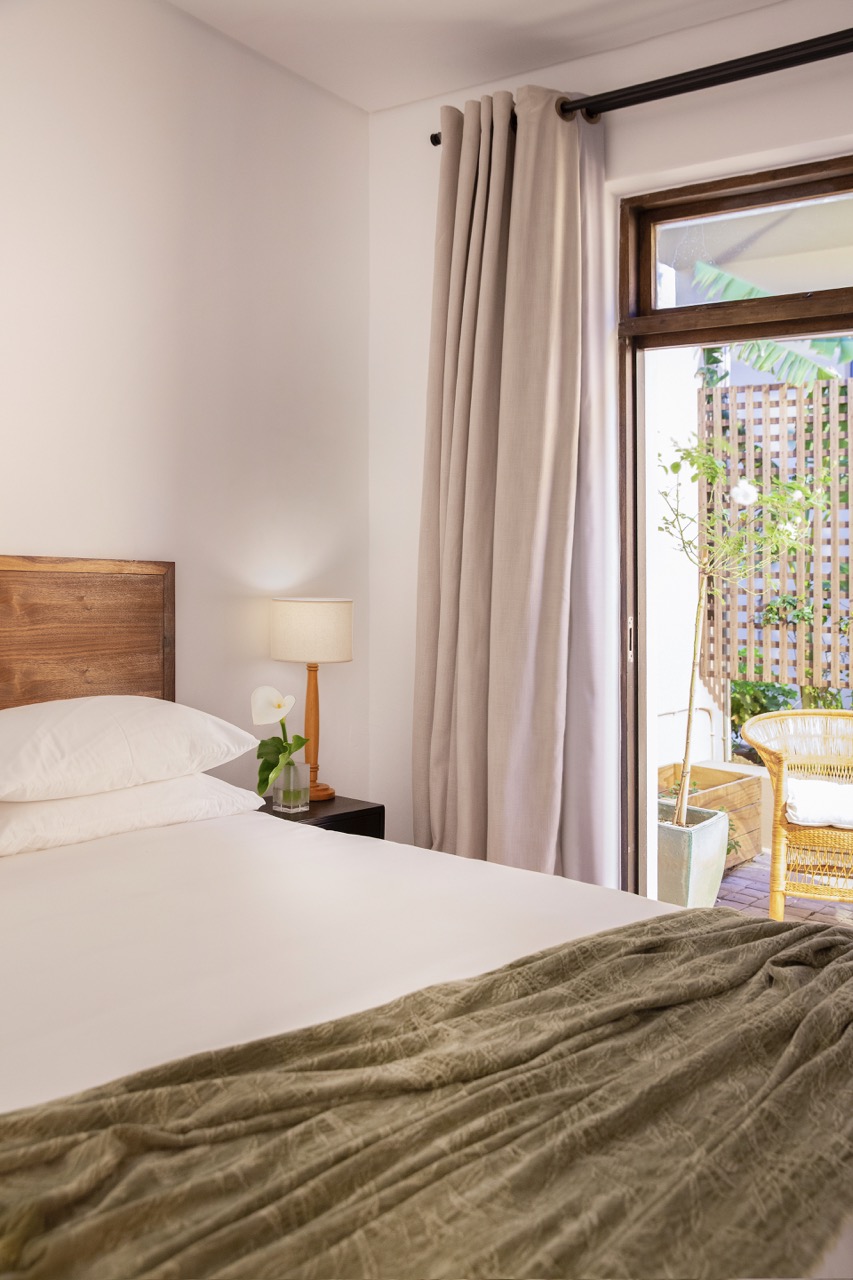 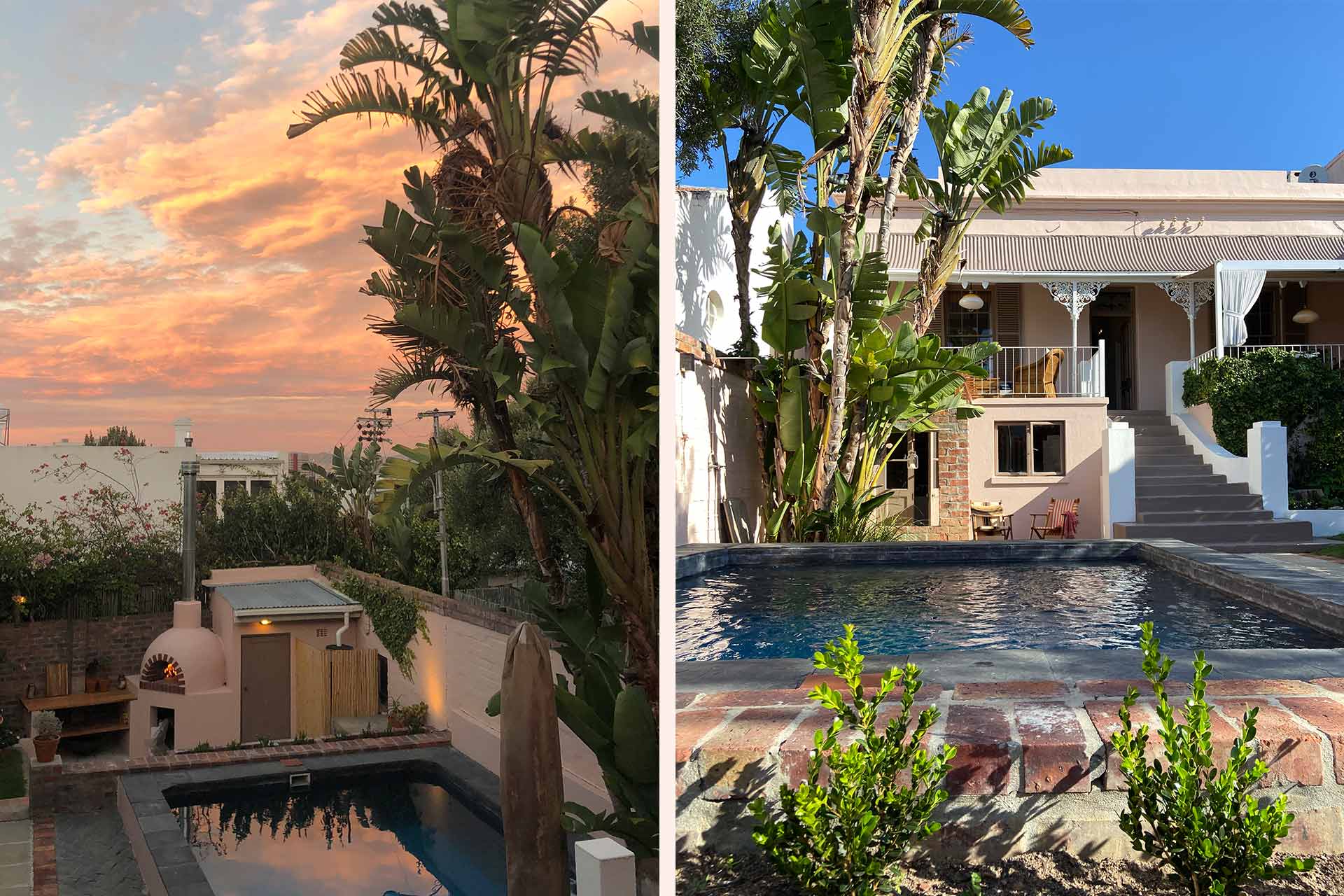 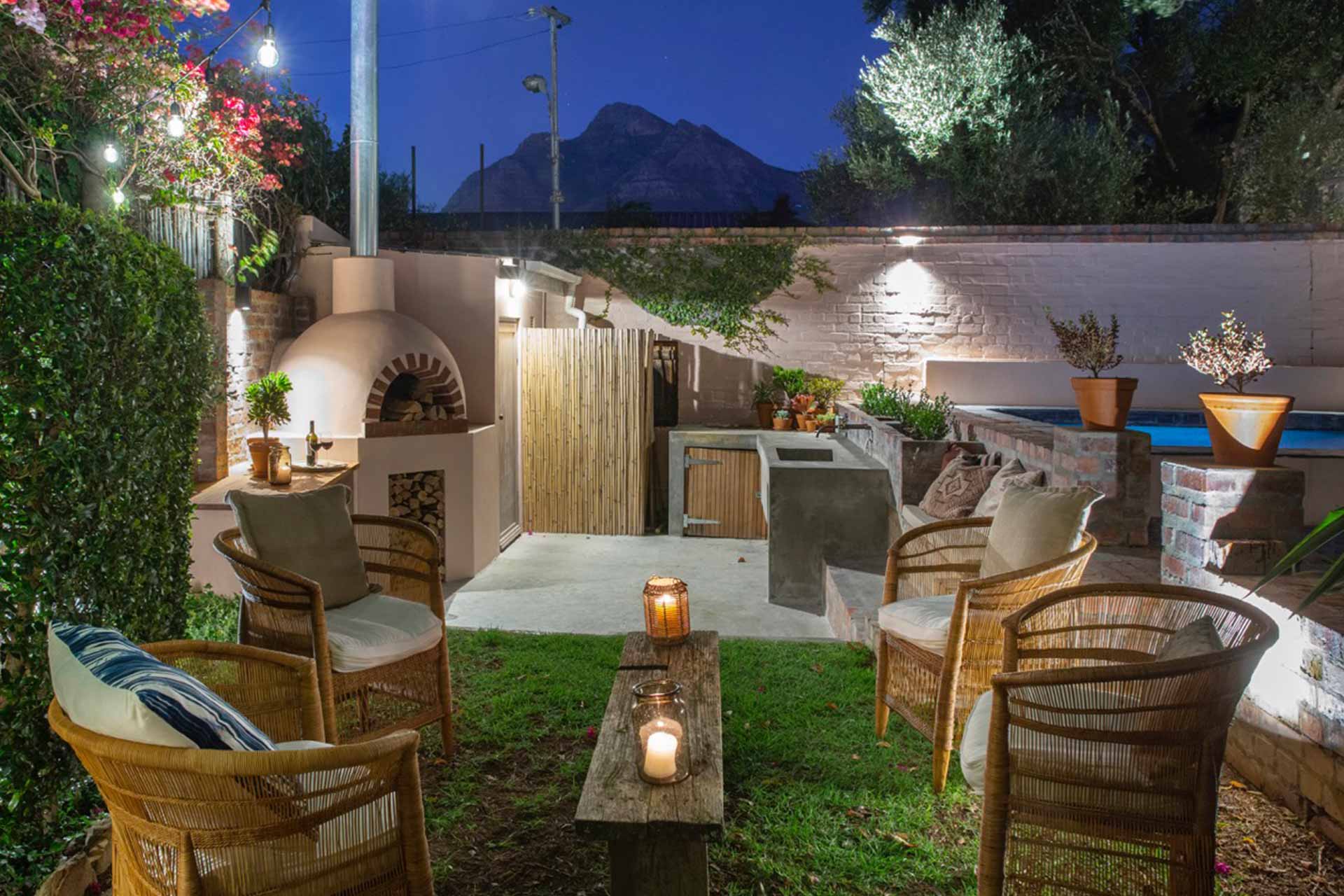 This is a non-smoking villa

• Pristine white sandy beaches are just over ten minutes’ away at wind-free Clifton or Camps Bay and Bakoven.

• Vibrant Kloof- and Bree Streets, with their trendy restaurants and boutiques are an easy walk downhill, starting with with your local cafe across the way in De Lorenz Street, Tamboers Winkel. Don’t miss Between Us in Upper Bree Street either.

• Everything within the city and the V&A Waterfront area is an easy Uber ride away, including Oranjezicht City Farm Market, a highlight on weekends for artisanal goods and organic vegetables.

• A private art tour at the Zeitz MOCAA and Norval Foundation in Constantia can be arranged on request followed by wine tasting. Constantia, the oldest wine route in the Cape, is only 20 minutes away.

• Speak to us if you want to go up Table Mountain or experience some of the most beautiful walks and hikes on the peninsula.

• Take a drive: set off for the day around the peninsula or head for the Winelands, just 40minutes to one hour away.

• All bookings subject to final approval by owner 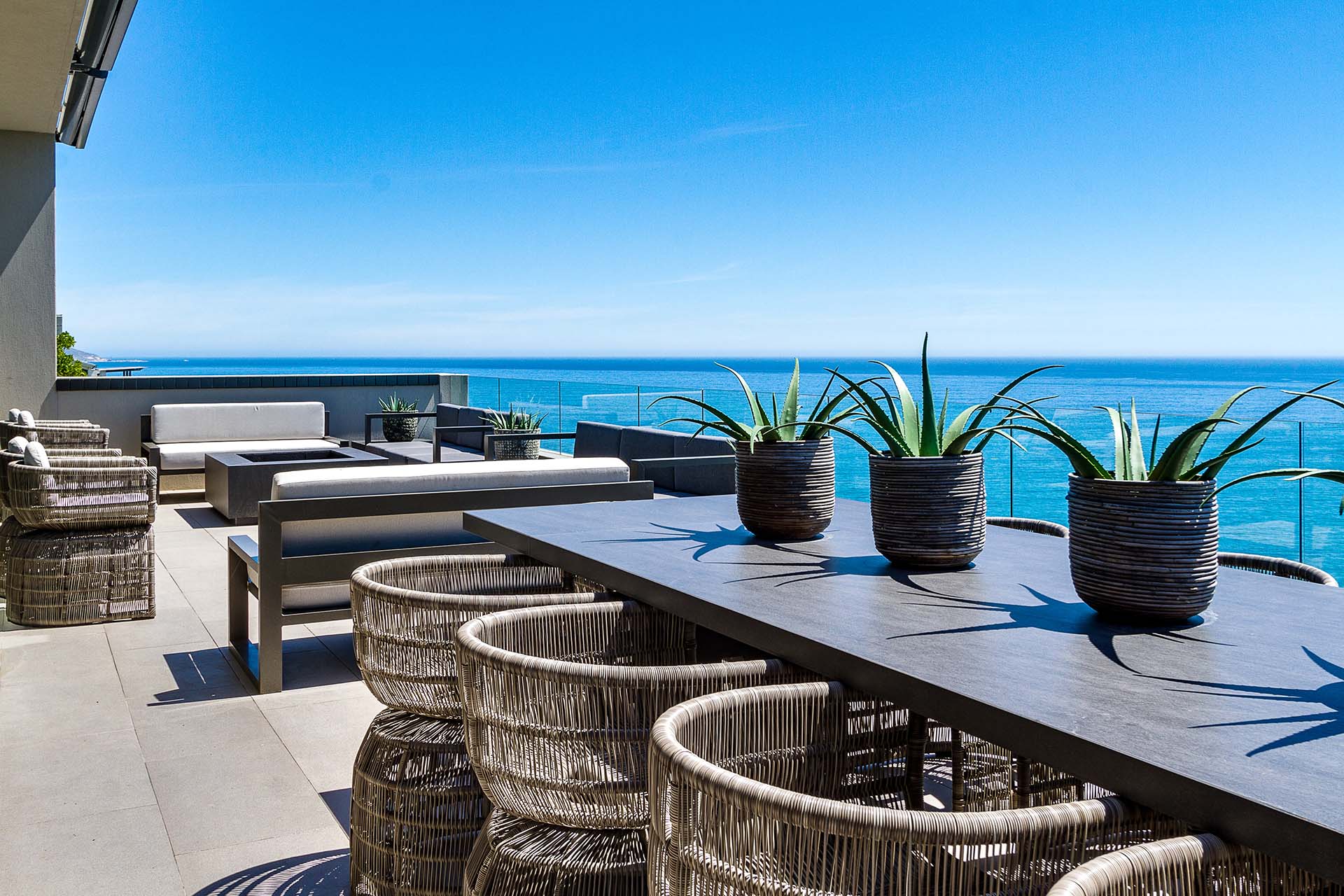 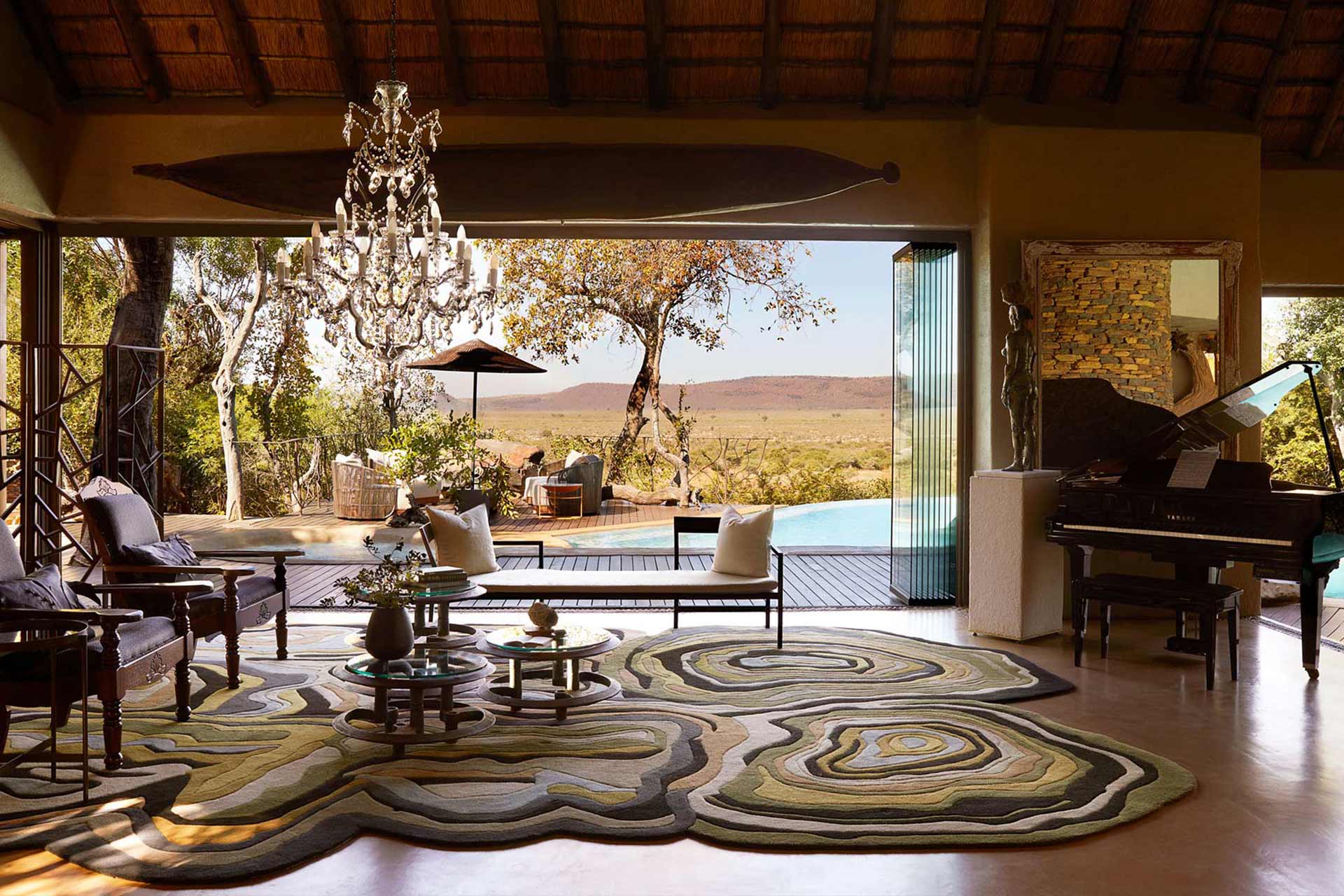 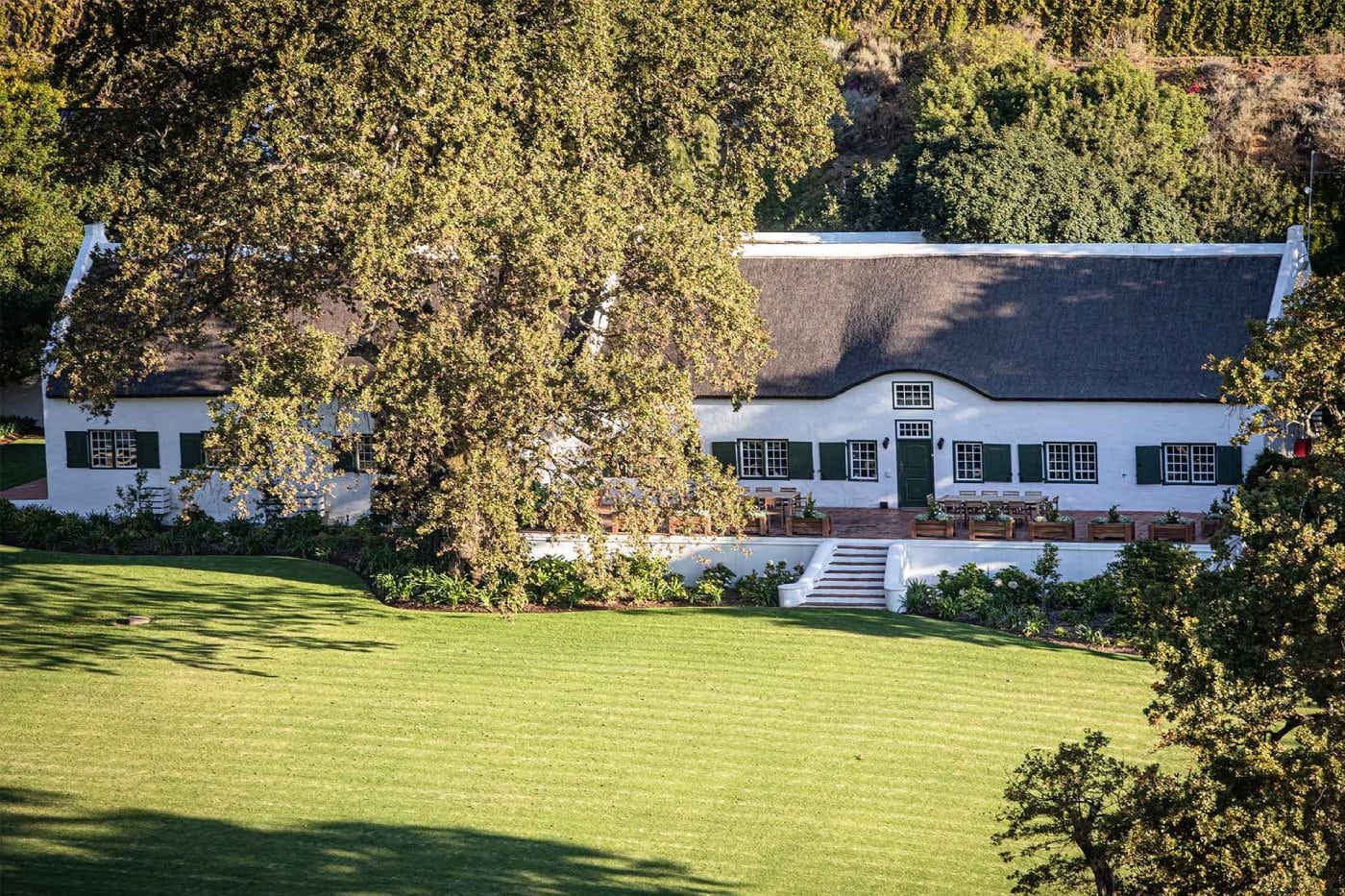